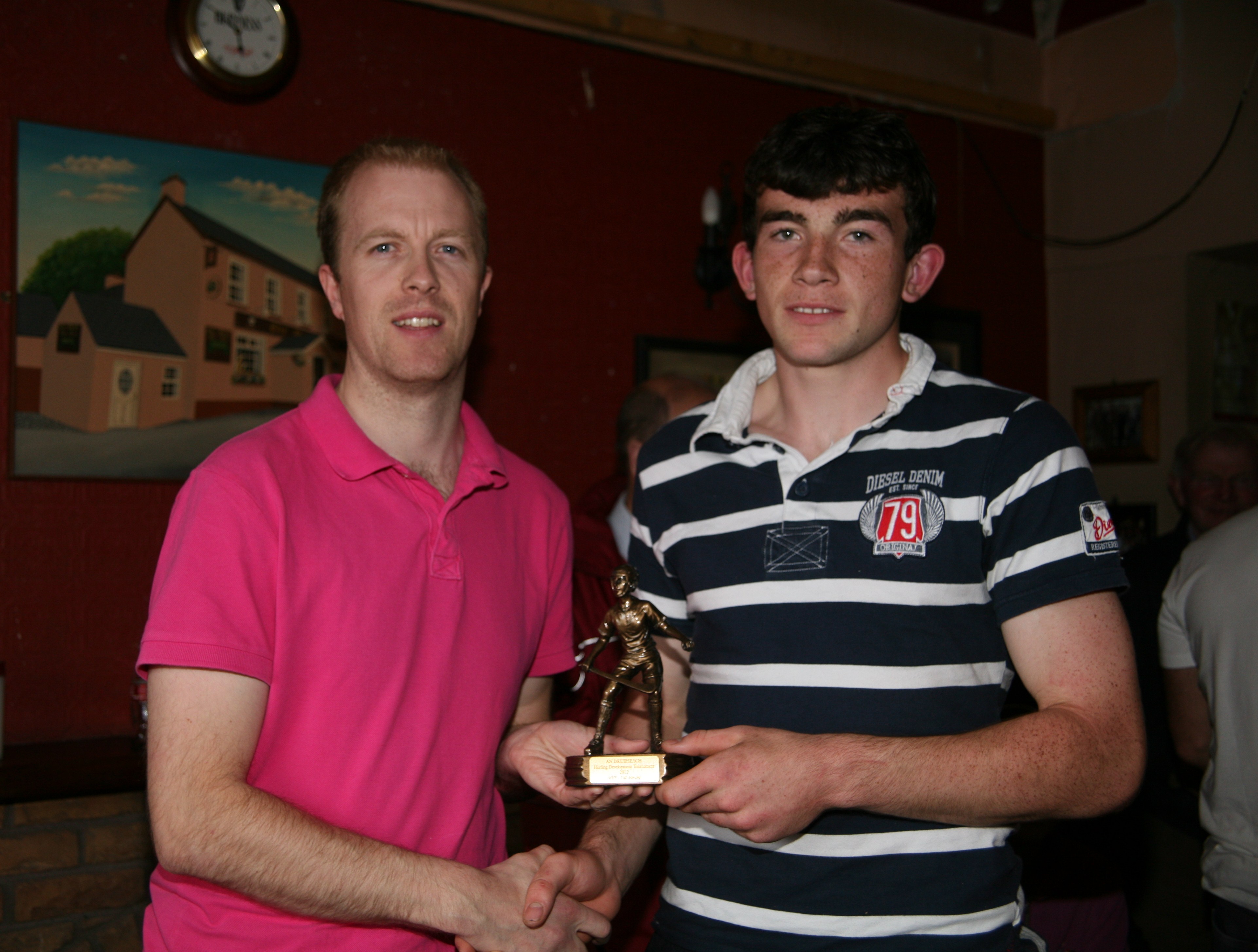 Under 25 Hurling tournament a tremendous success.

On Saturday October 13th 4 teams, Dripsey, Kilmichael, Ballinora and Shamrocks played in an Under 25 hurling Tournament. The tournament was hosted by Dripsey, with the key focus of the day being development and preparation for the 2013 season. Over 60 players from the 4 clubs participated in an enjoyable occasion on a lovely sunny day.

A large crowd gathered in the Weigh Inn Dripsey after the Tournament for the presentation of prizes, which were as follows:

A sincere thanks to all the players and officials from all clubs who played on the day who helped in making the tournament a tremendous success.