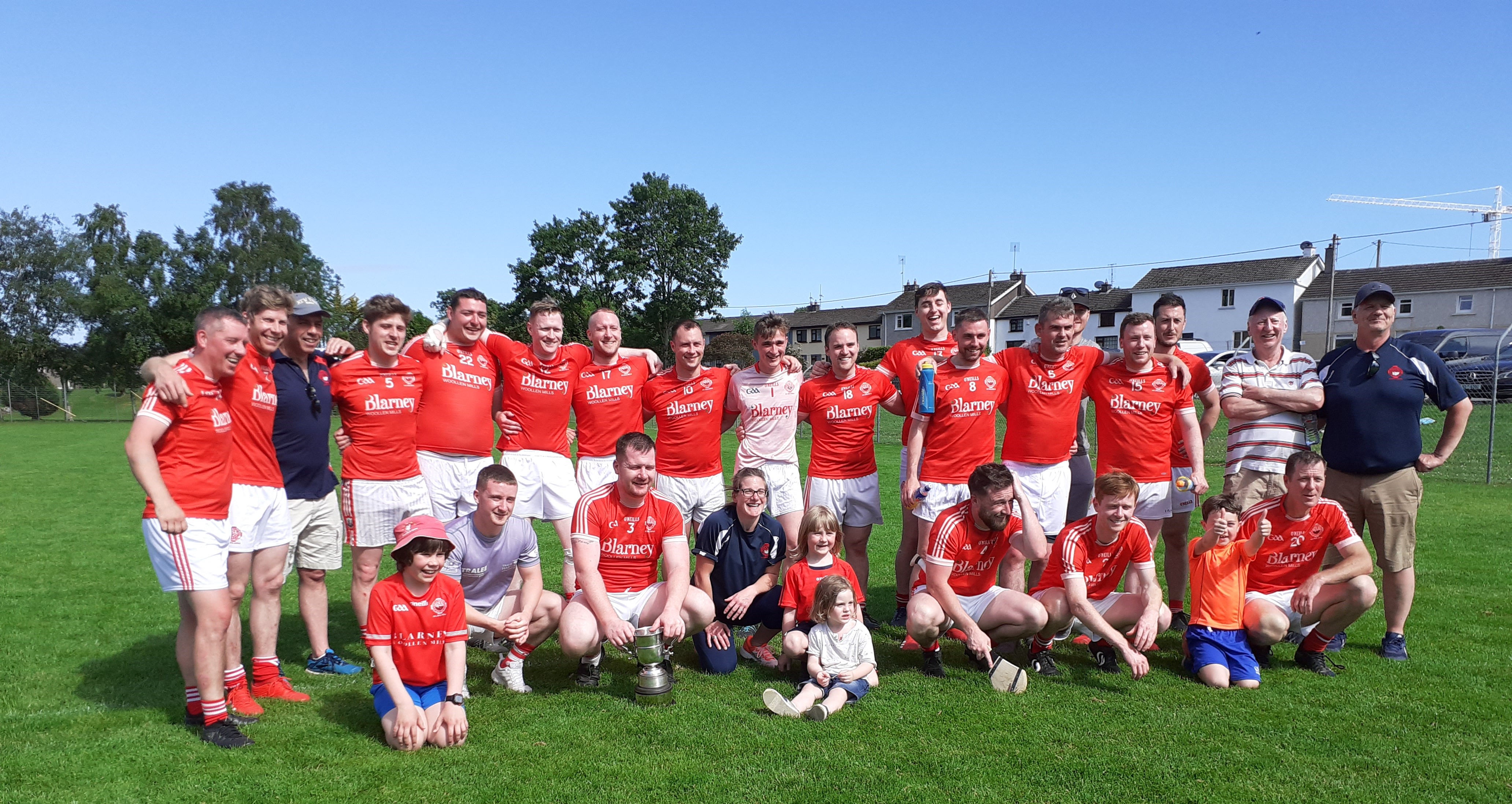 This B final was a very high standard with Blarney always in the lead. A goal from Blarneys (14) - Niall Hayes - in the 25th minute helped Blarney to a 1-8 to 0-5 half time lead. The dismissal of Blarney’s (8) - Robert White in the 46th minute lead to an Inniscarra comeback and the game finished in a welter of excitement with Blarney a goal ahead but Inniscarra had a 20m free in front of the post. The Blarney goalkeeper made a great save to secure victory and a place in the quarterfinals of the county next weekend.

Well Done to both teams who served up a great game of hurling.