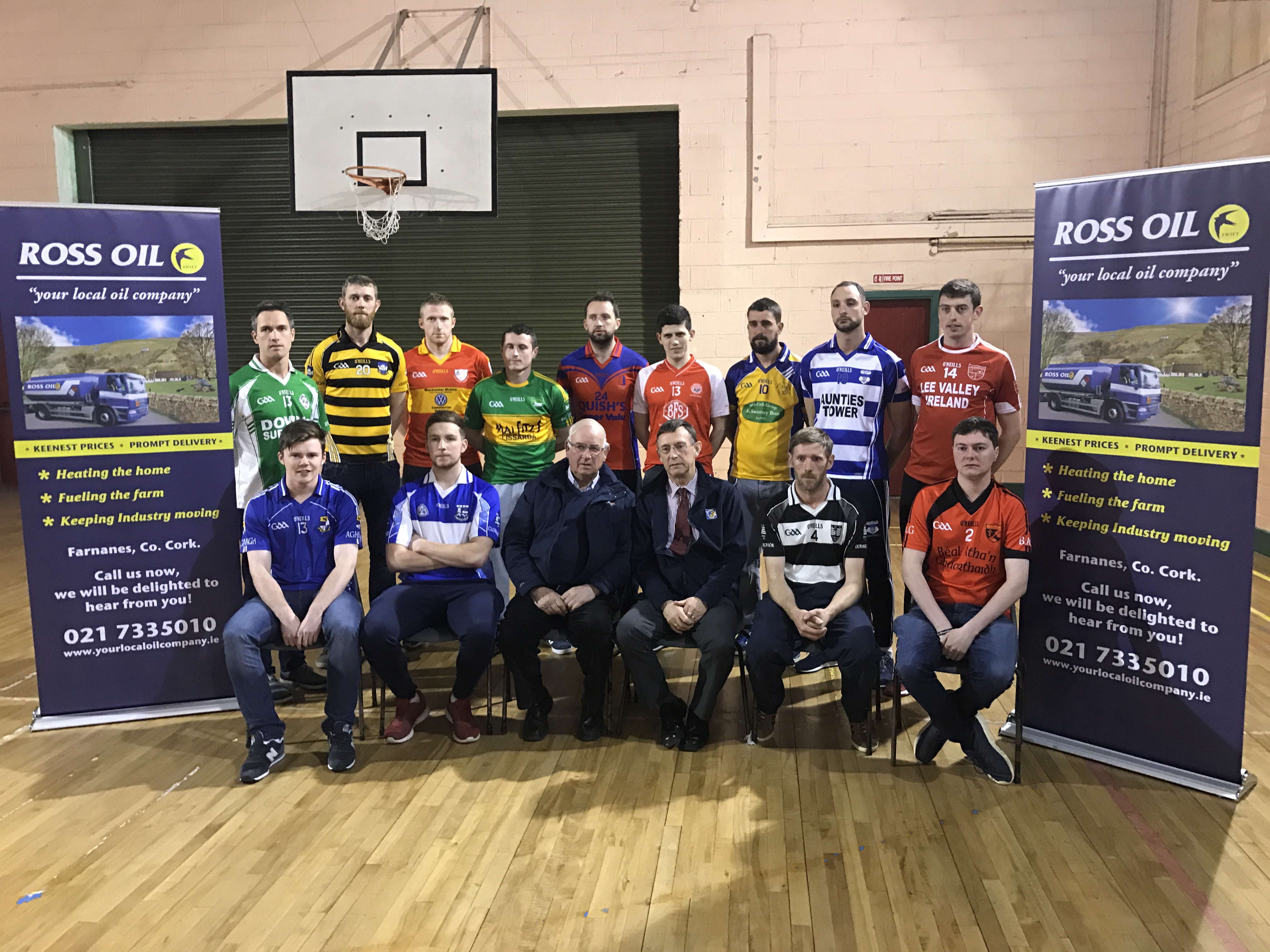 -Kilmurry outclassed Ballincollig in this entertaining Ross Oil JAFC 3rd round clash at Ovens. The victors led by a point at the break and had to work hard down the home straight. Sean Warren converted all his chances with aplomb while the experienced duo of Liam Wall and Dave McCarthy gave the Ballincollig defence plenty of problems throughout.

Kilmurry were fancied to emerge victorious in this game and they registered the opening scores through Sean Warren (free) and the hard-working Dave McCarthy. Ballincollig’s Fintan Denny had an outstanding game and he clipped over a lovely point. Sean Warren landed a couple of placed efforts before Liam Wall landed another. Kilmurry substitute Padraig Berhanu was denied a goal by a superb save by Shane Hogan, 0-5 0-1 after 15 minutes.

Ballincollig enjoyed a purple patch with Eoin O’Reilly landing a 45 before Stephen Coughlan found the net after some sloppy defending. They went two points clear with points from James O’Leary and the lively Stephen Wills. But Kilmurry reacted extremely well with a superb brace from William Buckley and a terrific long-range effort from Liam Wall, 0-8 to 1-4 at halftime.

Ballincollig were back on level terms following a placed effort from Eoin O’Reilly, but they lost Conor Sexton to a black card. Kilmurry upped the tempo and rattled off points from Dave McCarthy, Johnathon Buckley and James O’Mullane. The victors showed their class during this period with further points from Liam Wall and a terrific individual effort from Sean Warren. Ballincollig were struggling to score and a Stephen Wills free reduced the gap to five points, 0-14 to 1-6 after 50 minutes.

Ballincollig gave it their all in the closing stages with points from Wills (free) and David McCullagh. Both sides were reduced to fourteen men with Johnathon Buckley and Chris Twomey receiving their marching orders after separately picking up 2nd yellow cards in a most enjoyable championship encounter.

Defending champions Iveleary completely outclassed Grenagh in a one-sided Ross Oil JAFC game at Carrigadrohid. Chris Óg Jones was in brilliant form on the edge of the square while Cathal Vaughan looked sharp after a succession of injuries in recent seasons.

The Inchigeela outfit registered the opening scores from the trusty boot of Vaughan and a fisted effort from Chris Óg Jones. Grenagh replied with points from Ultan Duggan and a superb effort from Tadgh Walsh. Iveleary dominated the second quarter with Conor O’Leary brilliantly finishing to the net after a great pass from Vaughan. Three consecutive points from Chris Óg Jones gave the Inchigeela side a six-point lead as they dominated all over the pitch. This game was over as a contest when Sean Lehane and Chris Óg Jones added points which ensured Iveleary led by 1-10 to 0-4 at the break.

On resumption Iveleary showed no mercy and Chris Óg clipped over another brace before debutant Ian Jones brilliantly scored their second goal. Brian Cronin received a black card following cynical play and this gave Grenagh a slight reprieve. DD Dorgan clipped over a few frees to add respectability to the score line.

But Iveleary finished with a flourish and a superb run from Chris Óg set up Cathal Vaughan who slipped inside the cover for a terrific third goal. Both sides introduced a number of substitutes before Chris Óg scored a fourth goal after great work from Kevin Manning.

Elsewhere in the competition Inniscarra defeated Ballingeary by 0-9 to 0-6 while Kilmurry outgunned Ballincollig by five points. Overall it looks like Iveleary and Kilmurry are gung-ho again this season although Canovee are also quietly going about their business. The quality of football is very high, and the three big guns look well ahead of the rest.