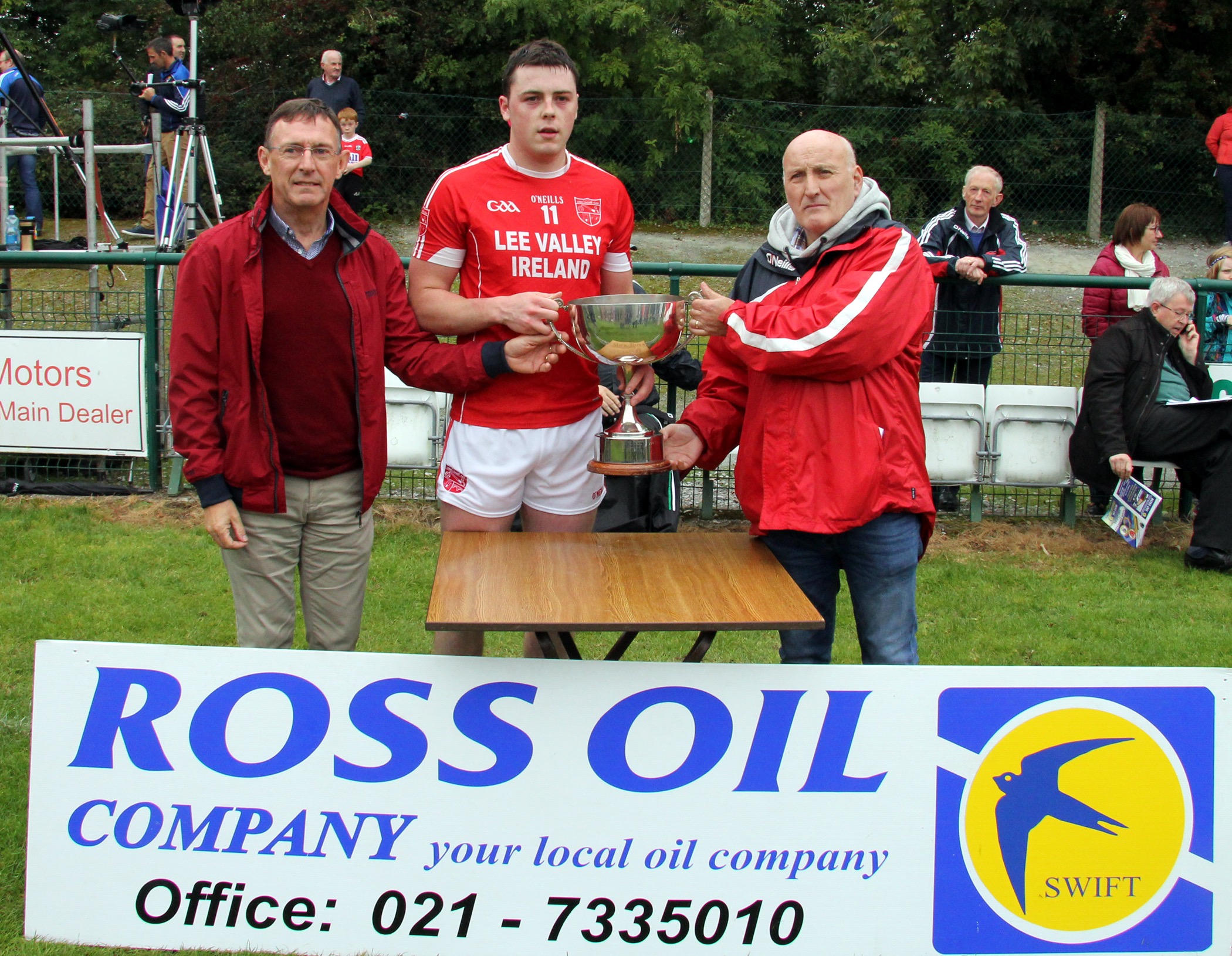 Iveleary secured Mid Cork Junior A Football Championship glory for the ninth time in their history, after a totally convincing victory over Aghinagh on Sunday afternoon.

This was a complete performance from the now back to back champions. The Iveleary forwards were very impressive, taking some sublime scores, while the backs also showcased their hunger and desire.

Iveleary started in rip roaring fashion. Cathal Vaughan set early tempo with a fine score from distance, which was subsequently followed by a fine effort from an awkward angle by Chris Óg Jones.

Brian Cronin and Aaron O’Donovan also slotted over scores, before Iveleary struck the back of the net.

Chris Óg Jones, who was causing all sorts of problems throughout, played a central role in the build up and it was he who applied the vital touch, after Conor O’Leary knocked the ball towards goal.

Liam Twohig knocked over a pair of frees for Aghinagh, but they were coming up against a side that fully meant business.

Points by Cronin and Jones added to the Iveleary tally, as they were in a very commanding position with a 1-12 to 0-5 advantage at the half time break.

Although the likes of Twohig and Donal Corkery continued to slot over points, with Declan Ambrose finding the back of the net, Aghinagh were unable to stem strong Iveleary tide which almost constantly came their way.

Brian Cronin knocked over some sublime second half scores, in a display which in the end saw him walk away with the man of the match award.

Iveleary’s tally was added to by points from Sean Lehane and Conor O’Leary, with Jones and Vaughan both continuing to showcase their talents in front of the posts.

Cronin got a late Iveleary goal to put the icing on the cake for what was a display which also lays down a marker now for the Cork Junior Football Championship.