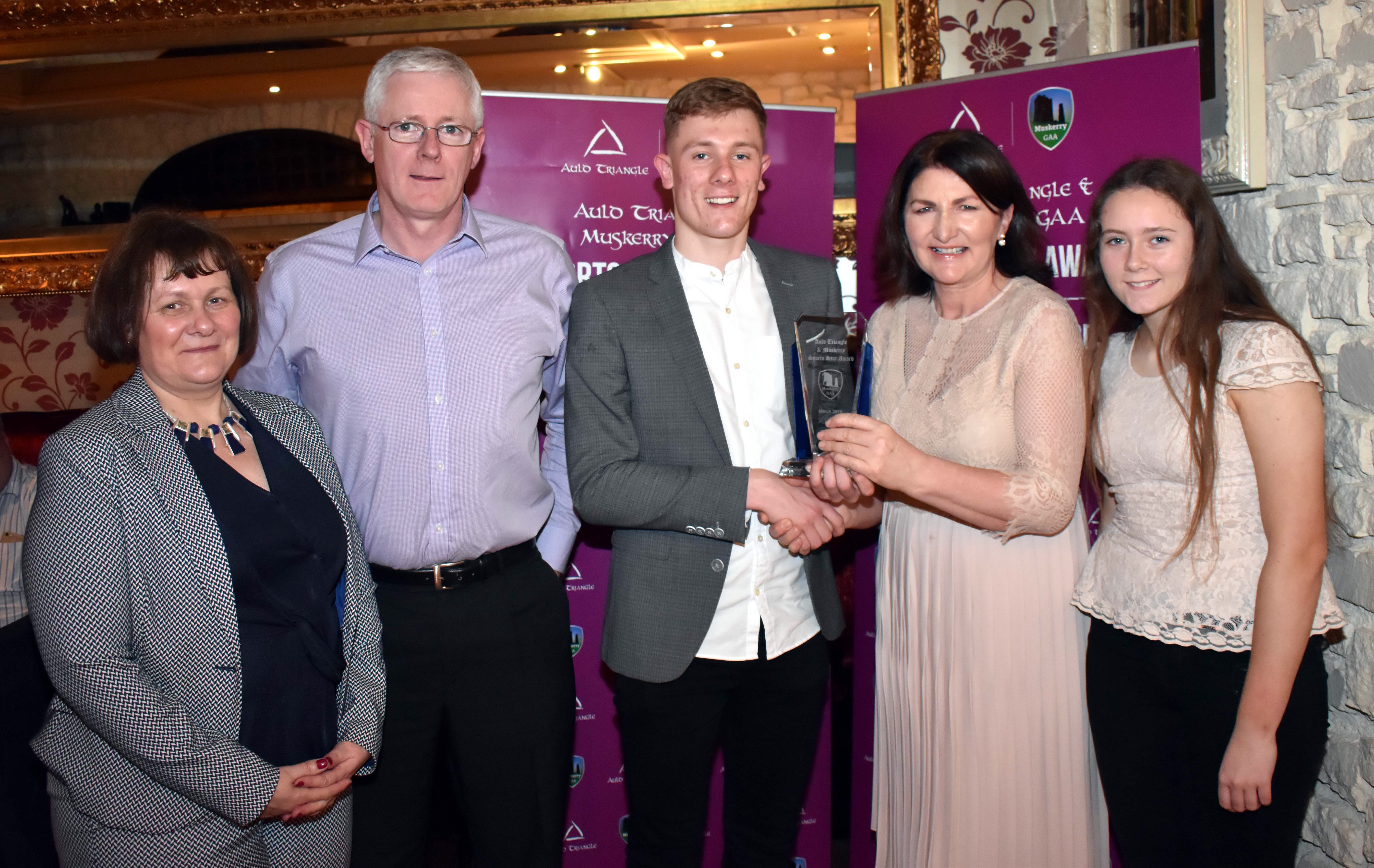 ....Jack Murphy Of Éire Óg was selected as the Muskerry GAA award winner for the month of March.

Murphy played a vital role as the side from Ovens secured U21 Mid Cork Football Championship glory at the expense of local rivals Ballincollig.

Jack was presented with his award at a recent function which was held in the Auld Triangle.

Keep an eye out for an interview with Jack Murphy during in The Echo over the coming weeks.

He will be hoping there is still more to come in 2019 as far as his GAA life is concerned.