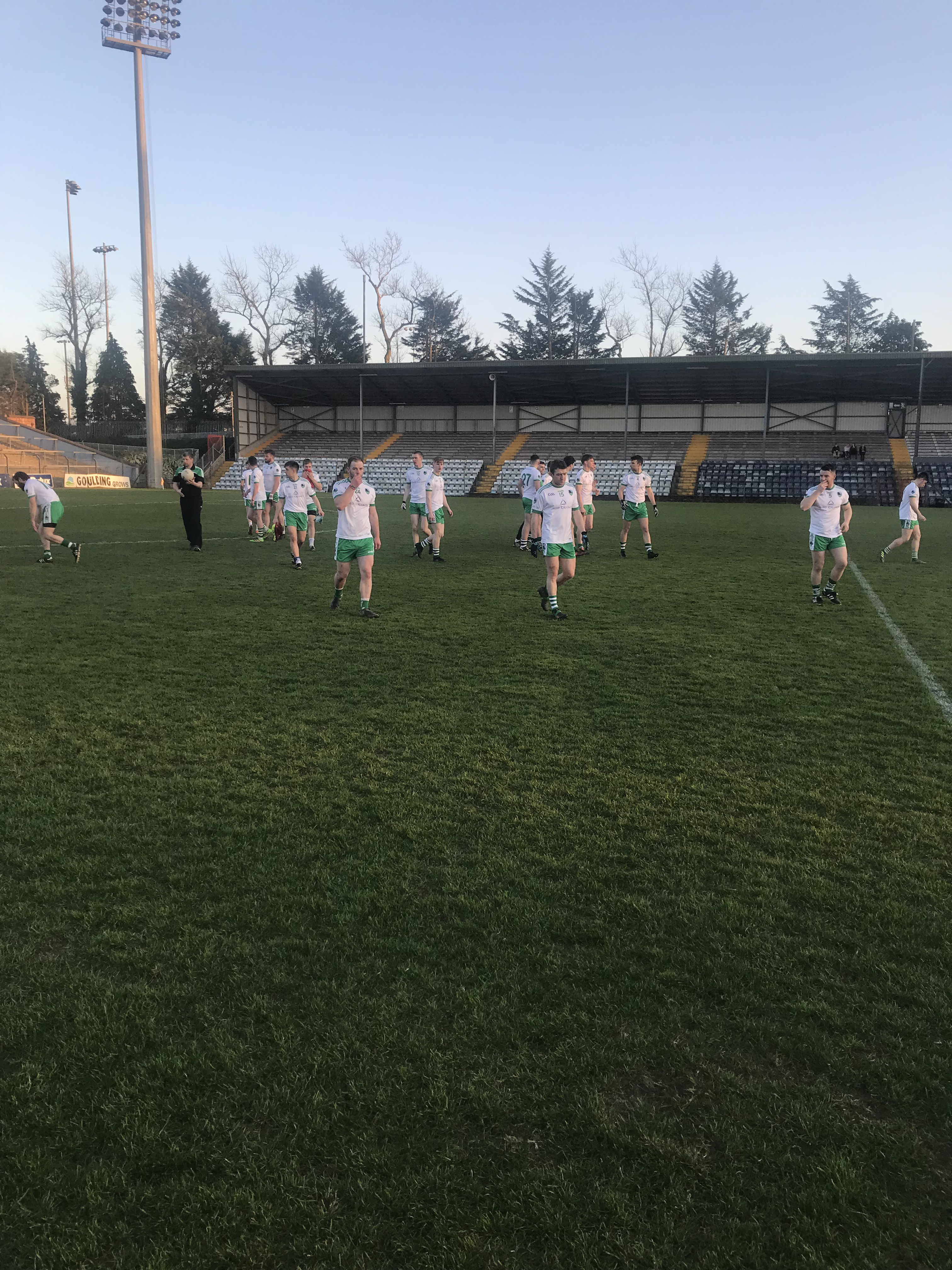 These have been quite a whirlwind few weeks as far as football in UCC is concerned, having recently tasted Sigerson Cup title success.

Due to club and county commitments, they were down a few bodies here from their Sigerson win while, for their part, Muskerry had the benefit of a victory in the preliminary round over Avondhu.

It was UCC that began the brighter and they managed to get five points without reply in the opening eight minutes of play. Points from Liam Wall, including one from a good charging run forward, Eibhin Courtney and Liam Grainger saw the Cork college build some good momentum.

But Muskerry were to gradually grow into the game as the opening half wore on. Mark Healy was to slot over some scores with a number of clinically taken frees.

James Moynihan was also to get on the scoring act for the Mid Cork men during the first 30 minutes of play. Included in that was a fine curling effort from out wide.

Muskerry broke and managed to find the back of the net just past the quarter of an hour mark. After breaking with pace, the ball was worked to Healy and after his initial effort was saved, the ball was blasted home by a powerful strike from close range by Peter Kelleher.

O’Sullivan added to his own and UCC’s tally, while Eoin Finnerty would also point to put UCC 0-13 to 1-8 in front. Moynihan had a good opportunity at a Muskerry goal moments later, but he was to be denied by Eoghan O’Brien in the UCC goal.

A great Michael Desmond effort for Muskerry did reduce the gap to just a score seven minutes into the second half.

Both teams then exchanged a point apiece, through Eoghan O’Brien from a placed ball for UCC and a point from play by Evan O’Sullivan.

Muskerry had a good spell of pressure midway through the second half. But they had little to show for the number of chances they created, which included a great goal chance for David Horgan, and Kelleher hitting the post with an attempted point.

They would rue not making that spell of pressure count, as UCC finished them off late on. First off, Ronan Buckley got a point, before Eoin Finnerty found the back of the net with a cool finish.

Jack Ryan got another goal for UCC late on, while Courtney pointed late on to rubber stamp UCC’s place into the next round.

UCC will now progress to set up a tie with Seandún in the next round.