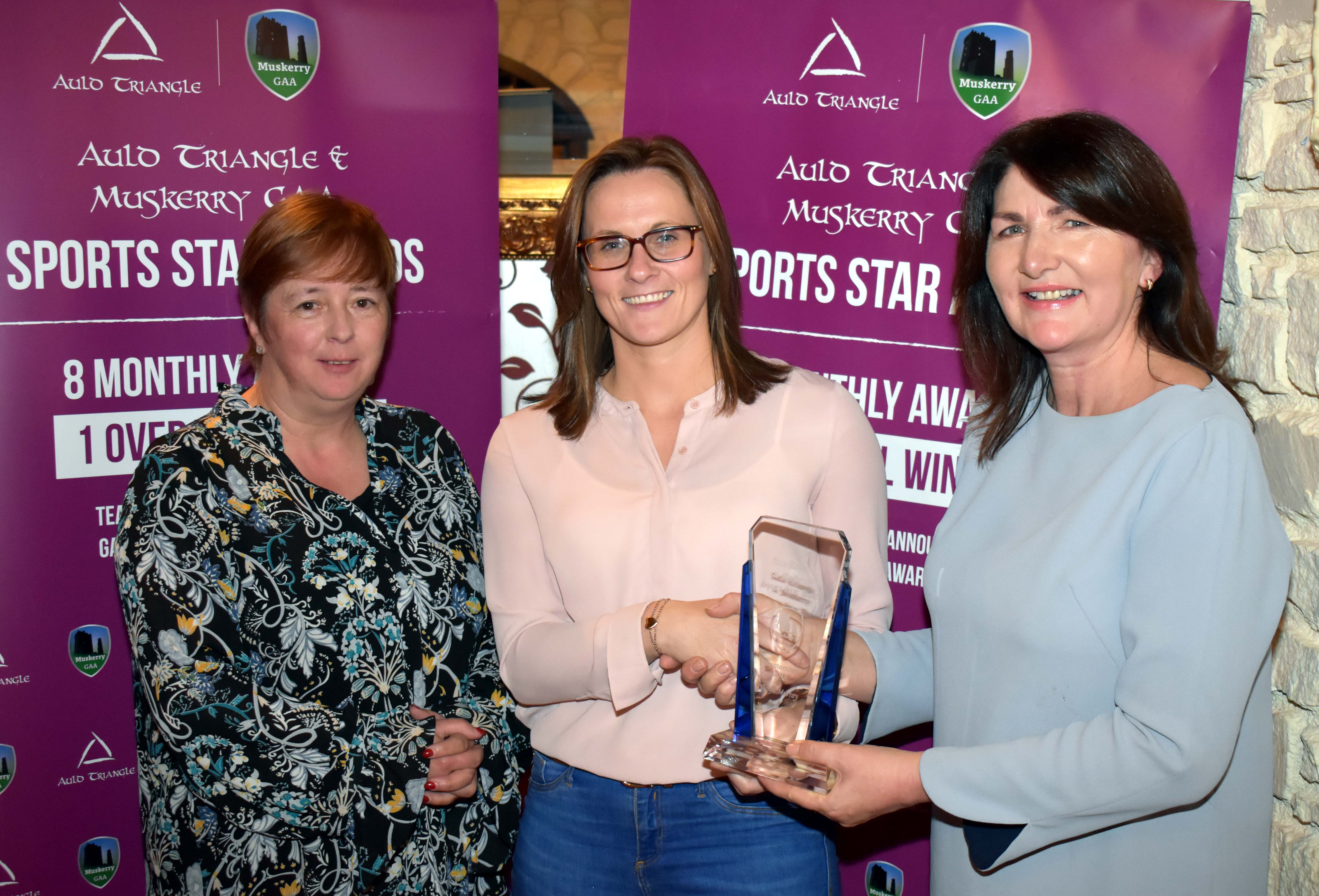 The Auld Triangle and Muskerry Sports Star Award winner for the month of September was Aoife Murray. The Cloughduv goalkeeper played a starring role in the month helping Cork win the All-Ireland title for a second successive season, beating Kilkenny by a point, 0-14 to 0-13 on Sunday 9th of September.

Murray was joined by her family, team mates, Cloughduv and Cork representatives at the presentation in the Auld Triangle, Macroom recently. The vastly experienced goalkeeper was a deserving winner in a month in which she lifted the O’Duffy cup aloft in the Hogan Stand in Croke Park. Murray, who recently turned 35 claimed her ninth All-Ireland medal in the process. The Muskerry woman has plenty of miles racked up, but the prospect of becoming captain of Cork for the 2018 season was a no brainer. It added another layer of significance for the Murray family. Aoife’s brothers Paudie (manager), Kevin (coach) and Damien (logistics) filling various roles on the side-line.

The net minder could have hung up the boots last year, she didn’t and played a key role for Cork this year. A mighty woman.