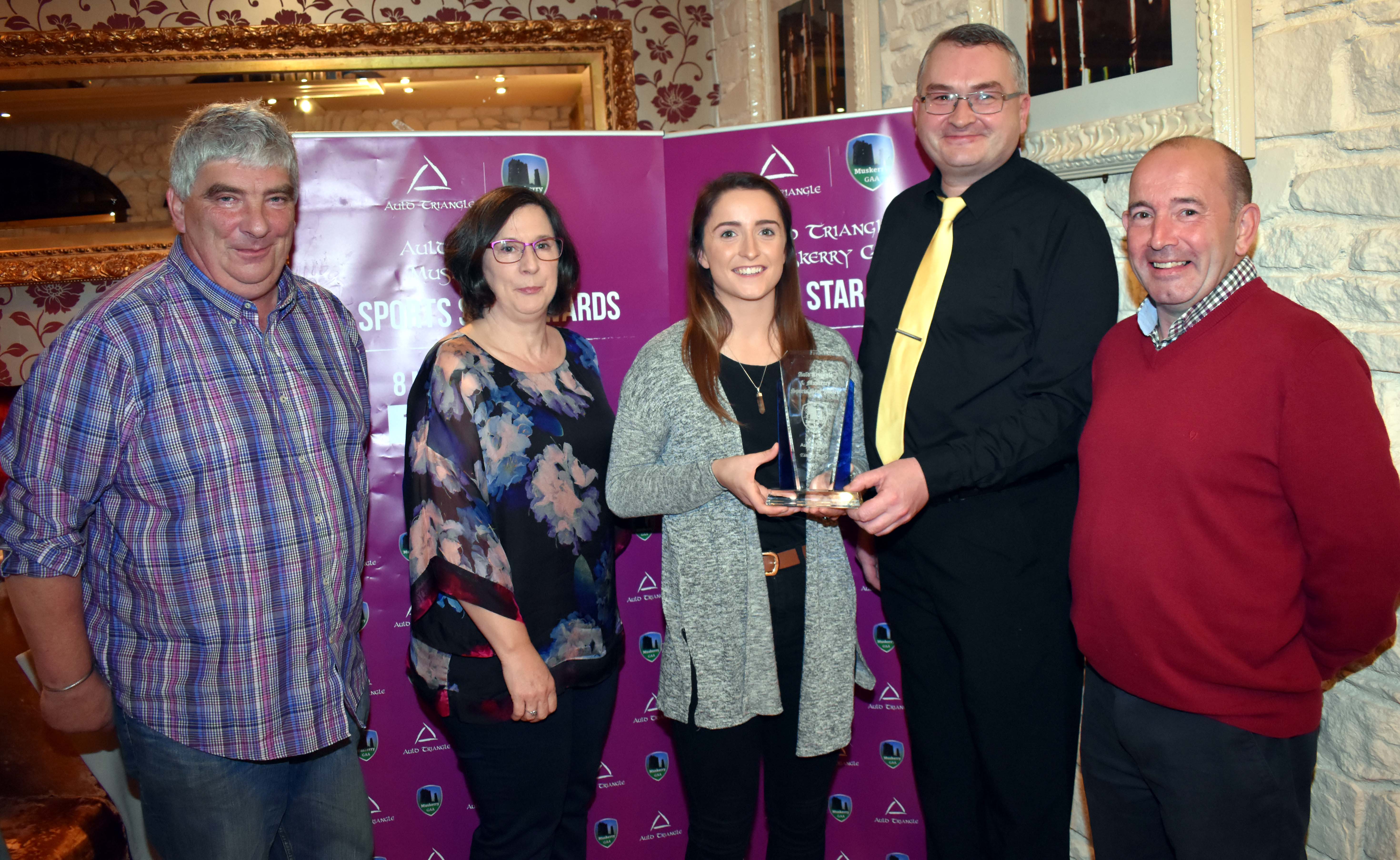 Eimear Scally of Cork Ladies Gaelic  Football was announced last week as Augusts Sports Star.  Eimear has since been at the Auld Triangle to receive hear award.  Eimear was joined by family and friends as well as Denis O'Shea from Cork Ladies Gaelic Football County Board, and Catherine Barry Murphy and Jerry Murphy from her club Eire Og,  It was great to see a young player being rewarded for being an integral part of the Cork team getting to the All Ireland.  Well done Eimear and continued success.

The Auld Triangle and Muskerry Sports Star Award winner for the month of August was Eimear Scally. The Éire Óg sharpshooter played a key role in the month helping Cork reach the All-Ireland football final. It would end in heartbreak for Scally and Cork, but Scally’s performances en route to the decider caught the eye.

Scally was joined by her family, team mates, Éire Óg and Cork representatives at the presentation in the Auld Triangle, Macroom recently. The youngster was a deserving winner in a month in which she scored 2-3 against Westmeath, as Ephie Fitzgerald’s side won at a canter, 8-18 to 1-6 in the quarter-final. Scally chipped in with two vital white flags in the 2-11 to 0-11 semi-final win over Donegal.

Scally is continuing to mature and improve and I am sure we will be seeing a lot of her in the red and white colors of Cork for many years to come.